Our Hotel is the perfect location for business and leisure travelers alike, with close proximity to many nearby companies such as Coffeyville Resources Refinery, John Deere, Acme Foundry, Jensen International, Loren Cook Co, or the Coffeyville Community college. If your here for some adventure, Discover the history of the Dalton Gang at the Dalton Defender Museum, and check out the gang's attempted Robbery site the Perkins Building, you can even see the final resting place of these notorious bank robbers at the Elmwood Cemetery. You may also enjoy the many other charming and historical attractions Coffeyville has to offer such as Brown Mansion, Aviation Heritage Museum, Dalton Defenders Day, Interstate Fair & Rodeo or relax with the family at the Coffeyville Aquatic Center or one of three Local Parks.

Whatever the occasion, we are here to provide our guests with a clean and comfortable room with friendly attentive service so you can count on us to provide you with a memorable experience exceptional service and a hotel to love while visiting Coffeyville.

EXPRESS Start™ Breakfast
The real breakfast of champions? The kind that's complimentary and waiting for you every morning. We ve got our free Express Start Breakfast with Grab n Go options to help kick start your day.

Dedicated to early aviation and pioneer pilots of the area, the Aviation Heritage Museum features many displays that include memorabilia from the Coffeyville Air Base as well as an airplane and Breezy that were previously owned by Joe Funk and donated to the museum.

Located in Pfister Park , the museum is housed in a 1930s-era hangar that was used when the Big Hill Airport was in operation from 1933 to 1960.

The hangar was constructed in 1933 as a Works Progress Administration project.

Call to Schedule a Tour
Contact the Coffeyville Area Chamber of Commerce, 620-251-2550, to schedule a tour.

Admission is free; donations are welcome.

About the Brown Mansion
Completed in 1904, the Brown Mansion is a three-story, 16-room mansion built at a wholesale cost of $125,000. The main floor includes a living room (called the hall), parlor, music room, library, conservatory, dining room, billiard room, entry, kitchen and maids' quarters. Five bedrooms and three full baths are located on the second floor.

The entire third floor is a ballroom, which at times served as a schoolroom and gymnasium for Brown's son. A full basement houses the butler's quarters, laundry area, heating system, walk-in ice box, wine cellar and other storage rooms.

Planning the Construction of Brown Mansion

WP. Brown began plans for this lovely Coffeyville home around the turn of the century. Brown, who had lumber and natural gas interests, contracted with the architectural firm of Wilder and Wight of Kansas City, Missouri. As both Edward Wilder and Thomas Wight had worked and studied with Stanford White, the mansion has similarities to White's Patterson Mansion on DuPont Circle in Washington, D.C., and to the library he designed in Chattanooga, Tennessee. The Inglenook in the Brown Mansion is similar to one White designed for his friend Louis Comfort Tiffany. Like many of White's designs, the mansion has a number of fireplaces, all of different designs.

Located at the corner of Eldridge and Walnut on U.S Highway 166 at 2019 South Walnut, the Brown Mansion is available for private parties throughout the year and is open for guided tours.

History of the Dalton Gang


On October 5, 1892, the Dalton Gang tried to rob two banks in Coffeyville, Kansas, simultaneously. The gang was made up of Grat, Bob and Emmett Dalton; Bill Power and Dick Broadwell. As the gang crossed the plaza to enter the two banks, the Daltons were recognized by townspeople, who raised the alarm. Citizens armed themselves with weapons from nearby hardware stores and were ready for the gang when they tried to leave the banks.

Aftermath of the Gun Battle
In the ensuing gun battle, eight men died and four were wounded. Grat and Bob Dalton, Bill Power and Dick Broadwell were killed. Emmett was severely wounded. Four of Coffeyville's defenders also were killed: Marshal C.T. Connelly, Lucius Baldwin, George Cubine and Charles Brown. Three other citizens were wounded, one of them severely.

Honoring the Dalton Defenders
The Dalton Defenders & Coffeyville History Museum is the realization of a dream of many Coffeyville citizens who wished to honor the defenders. Those who worked to establish the Historical Society understood the importance of collecting items relating not only to the Dalton raid but also to early-day life in this area.

Collections on Display
In the museum are the following collections:

Opening of the Museum

On October 5, 1963, the Dalton Defenders Museum in Coffeyville was opened, dedicated to the memory of the Coffeyville citizens who gave their lives protecting their town.

The museum, owned and operated by the nonprofit Coffeyville Historical Society, is located at 814 Walnut Street in Coffeyville and may be reached at 620-251-5944.

Walk the same path taken by the Daltons in 1892 as they attempted to rob two banks simultaneously. Markers show the location of the three Coffeyville citizens who were killed during the raid north of Isham Hardware - Lucius Baldwin, George Cubine and Charles Brown - with the fourth marker in the alley marking the location where Marshall Connelly was killed. Also in Death Alley you will see the old jail which has replicas of the Daltons as they were laid out following their death. Three of the Daltons were killed in the alley while the fourth died while attempting to flee Coffeyville. Look closely at the north brick wall in Death Alley to see bullet holes from the gun battle.

Built in the 1928, the historic Midland Theater, along with the Alamo building to the west, is currently undergoing restoration. The mission of the Midland Restoration Project is to preserve and restore the Midland Theater and the Alamo Building as a multipurpose facility to accommodate public performances, events and activities. The complex will also provide a focal point for further economic development in and revitalization of the downtown core of Coffeyville.

The Theater cost $80,000 to build in 1928 and was a marvel of architectural construction. The lobby was decorated with crimson and gold cloth tapestries on a soft blue wall, and the ceiling was decorated with filigreed molding and gold painted trim. The main auditorium had a seating capacity of 1,200 and the stage was designed for both vaudeville and motion pictures. 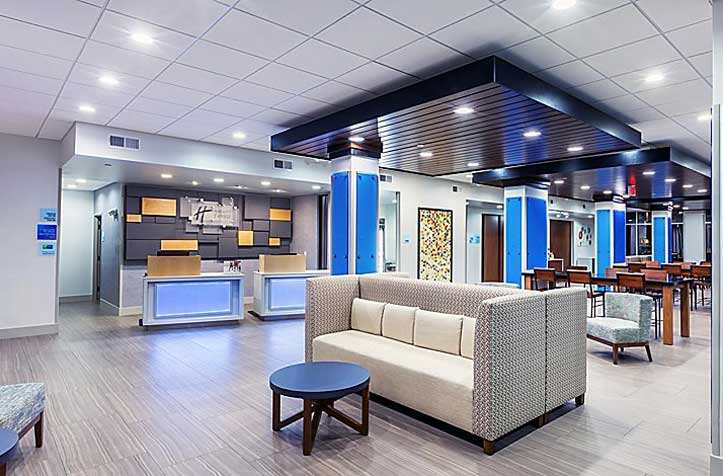